Halloween or Samhain (pronounced Sow-in or Sow-een) falls on October 31st.  Samhain is one of the eight sabbats in the Wheel of the Year, the Wiccan calendar.  Samhain is possibly the most important festival celebrated by Witches and is also known as the Witches’ New Year.

Samhain marks the end of the harvest and the beginning of Winter or dark half of the year.  It is seen as a time of endings as the trees and land rest paving the way for rebirth and the start of a New Year.  This dark part of the year, seen as a magical time, will inevitably be followed by light.  There is also a belief that during Samhain the veil between the two worlds is at its thinnest, making it easier to contact those who have passed to the spirit world.

The history of Samhain

Around 2000 years ago the ancient Celts believed that spirits returned to earth due to the boundary between the two worlds being dissolved.  They also believed that the presence of the spirits made it possible for the Druids (Celtic priests), to make predictions about the future.  The druids built large bonfires where they made animal sacrifices to the Deities.  They also dressed in animal skins and heads and told each other’s fortunes.  Once the festivities were over the Celts re-lit fires in their hearths from the sacred bonfires, to protect them through the coming months.

Two Roman festivals were later combined with the traditional Celtic Samhain.  These were Feralia, a day when the Romans honored their dead and another day when they honored Pomona, Goddess of fruit and trees.  The apple is a symbol of Pomona which could be where the tradition of bobbing apples has originated.

The tradition of trick or treating can be traced back to the Christian tradition of souling which took place in England during the Middle Ages.  This practice took place from Halloween through to All Souls Day.  Poor people would go from door to door and were given pastries known as soul cakes, in return they would pray for the souls of the person’s dead relatives.  This tradition, started by the church, was believed to be a replacement for a previous tradition of leaving out food and wine for roaming spirits.  Eventually, children began calling to neighbors’ houses where they would receive food, ale, and money.  This became known as ‘trick- or- treating’ and later became popular in the United States as well as the United Kingdom.  It has since led to the custom of asking neighbors the question Trick-or-Treat?

The idea of dressing up at Halloween came from the Celts and their fear of encountering spirits at Halloween.  They would wear masks when leaving their homes after dark, in the hope that spirits would think they were other spirits.  To please the spirits and prevent them from entering their homes they would leave bowls of food outside for them.

There are various legends associated with Jack-O-Lanterns.  They are believed to have originated from the UK.  Carved out turnips or other root vegetables were made into lanterns with scary faces, to ward off evil spirits.  They were often left in windows or doorways to prevent the spirits from entering the home.

One of the more popular legends came from Ireland and revolved around a man known as Stingy Jack.  The story tells how Jack tricked the devil, convincing him to turn into a coin to pay for drinks.  Jack then used a silver cross to prevent the devil from returning to his original form.  When he allowed him to turn back, he made him promise that he would not claim his soul when he died.

Jack then persuaded the devil to climb a tree and pick some fruit.  He carved the shape of a cross into the tree trunk and the devil was unable to get down.  Once again Jack made him promise not to claim his soul.  When Stingy Jack died, he was not allowed into heaven.  He tried to enter hell, but the devil kept his promise and refused to take his soul.  The devil gave Jack an ember from the fire and sent him away.  Jack placed the ember inside a turnip and used it to light his way.  Stingy Jack is believed to have been wandering the earth ever since.

Halloween was a time when the Celts felt closer to deceased relatives.  They would set extra places at the table for relatives that had passed to the spirit world and leave treats on their doorsteps and along the roadside.  They would also light candles to aid their loved ones in finding their way back to the spirit world.  Today people still follow the tradition of setting extra places at the table for loved ones in spirit.

Although not necessarily a Halloween superstition, the belief that a black cat will bring bad luck when crossing a person’s path stems from the middle ages.  People thought that witches turned themselves into black cats to avoid detection.  However, some people believe that if a black cat crosses their path it will bring them good luck.

Bats were not considered to be a good sign on Halloween.  It was believed that if a bat flew into someone’s home then it was haunted.  If a bat flew around the home three times it was believed that someone would die.  There are also superstitions involving spiders.  If a spider is spotted on Halloween it is thought to be a sign of a loved one in spirit watching over the person.  If a spider is seen falling into the flame of a candle lamp, then witches are said to be close by.

Some of the Halloween superstitions, still popular today, involve ways of potentially foretelling the future, relating to marriage and children.  Cutting open an apple and counting the seeds was supposed to tell a person how many children they would have.  If a woman peeled an apple and then tossed the peel over her shoulder it was believed to land in the shape of the initials of her future husband.  In Ireland, during the 18th century, cooks would sometimes place rings in mashed potatoes on Halloween.  This was meant to bring true love to the person who found the ring.

Throwing nuts into a fireplace was supposed to tell whether a relationship would last. If the nuts exploded or popped, the relationship would not last but if it turned to ash they would marry.  It was believed that if a woman ate walnuts, hazelnuts, and nutmeg before going to bed then she would dream of her future husband.  Another legend tells that if a woman stands in a dark room, looking in a mirror, holding a candle, she will see the face of her future husband over her shoulder.

Witches will often make a broom, known as a ‘besom’ at Halloween. These are then used to sweep away any old, stagnant or negative energies that no longer serve them.  This is seen as a way of creating space for the new year.

The act of giving an acorn to someone was apparently a secret sign to tell the person that they were a witch.  Witches often used to keep their identities secret due to widespread persecution of witches.  Acorns were meant to be a symbol of protection, fertility, growth, and friendship.

Halloween and its traditions have become increasingly popular over the years, predominantly in the US and the UK.  There are a variety of celebrations in other countries across the world which are celebrated on October 31stincluding The Day of the Dead, celebrated mainly in Mexico and parts of Latin America, The Day of Dracula in Romania, Kawasaki Halloween Parade in Japan and Pangangaluluwa in The Philippines.  Other countries have similar celebrations to honor the dead at other times of the year. 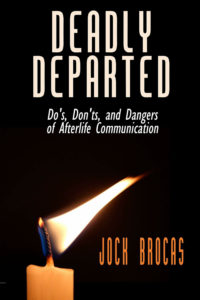